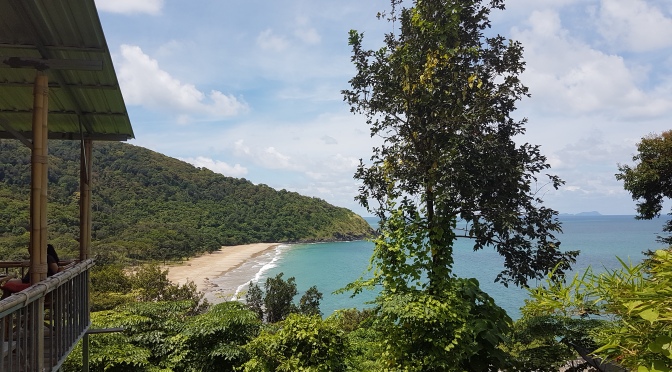 We got on our ferry and instantly knew something wasn’t quite right. As we walked on one of the Thai workers said to me “I like what I see and I know I’d like what I can’t see”, I awkwardly laughed and continued to walk very fast to find our seats. We sat down and from that point, we didn’t get much peace. Every different worker trying to sell us a taxi service or accommodation. They reminded me of pirates and we did fear that we would be taken as hostages.

We got through the journey without being lured in by their ‘special offers’ and jumped in a tuk-tuk. 4 of us with 4 big bags it was a tight squeeze but it was amusing 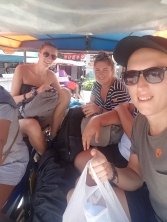 We got to our accommodation and it was lovely, it was so spacious and so much nicer than our previous room. We went straight to the pool and had a lovely afternoon before going for some dinner just up the road.

The next day we hired a car with the others and it was one of the highlights of travelling so far. We rented a Suzuki Swift and ended up with a Honda Brio.

It was hilarious, and it’s fair to say that a Honda is not made to go down dirt tracks and up steep hills. We went all around the island (multiple times) where we went to see many viewpoints – it was the best way to sightsee. We ended up on quite a few beaches and to be honest, I don’t even know what beaches we went to but they were pretty. We drove to Bamboo Bay, and at the time I was driving down to the beach and suddenly there was a herd of cows and a bull. The bull was tied up but James insisted that we go somewhere else. It was hilarious but such a bizarre experience. I’ve heard of the beach in the Bahamas where there are pigs and also heard of monkey beaches, but never a cow & bull beach. 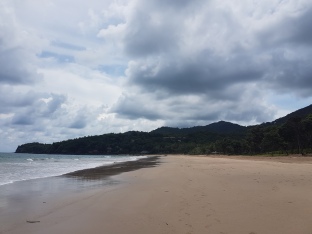 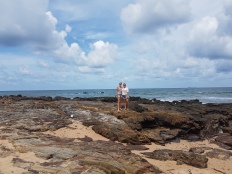 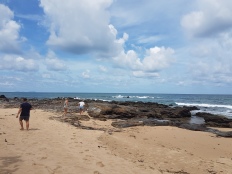 We then visited the old town which was a strange experience, feeling like we were starred in a cowboy film. Everything had a ‘Western’ feel, but we enjoyed it. We discovered a shop that sold unique jewellery where they would write a name on a small grain of rice and then put the rice in a glass cylinder to be worn as a bracelet/necklace. 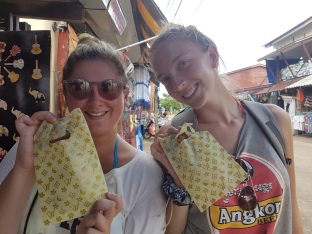 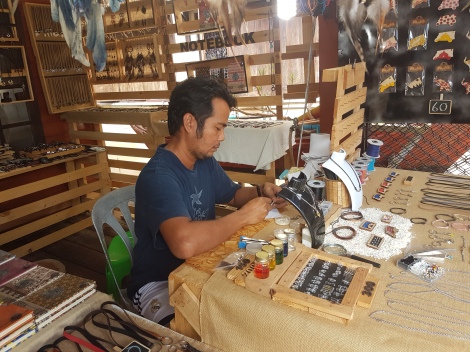 We continued our adventure in our not-so-smooth ride and made our way to the Lanta Animal Welfare centre where we got to see all the animals, and as sad as it is to see them all, you can only think about how much happier they are there compared to being stray and all alone. We saw some horrible cases where the dogs had scarring down their faces because the locals attacked them with a machete. So please go and visit the animal sanctuary and donate some money (or adopt) because it is such a good cause. 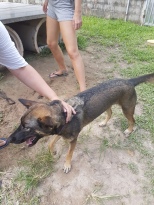 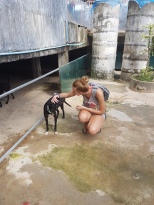 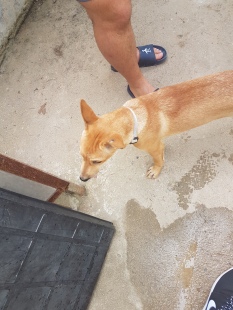 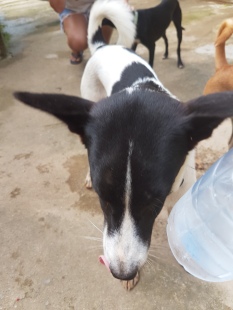 We began to drive back to the hostel and Lauren was driving. We were enjoying a nice leisurely drive until suddenly we braked so hard. Next thing we see is a monkey running off. We are still convinced that she did actually hit it, but it was okay because we saw him running off. Only could Lauren nearly kill a monkey! Ollie had the privilege of being in the passenger seat the whole day because he doesn’t drive, whereas James, Lauren and myself all took turns in driving. Ollie was the one to judge everyone’s driving whilst also having the duty of pointing out pot holes and monkeys.

So, there we have it, we drove round an island in a Honda, ended up on a beach full of cows & bulls and Lauren very nearly killed a monkey, but we had a fantastic day.

That evening we decided that we would have our own 4-man beach party, so we grabbed drinks from 7/11 and headed to the beach. We discovered a shut-down resort so we sat on their canopy, drunk beer & watched the stars. It was such a chilled evening and it was a lot better than going out for drinks. It was so worth doing. 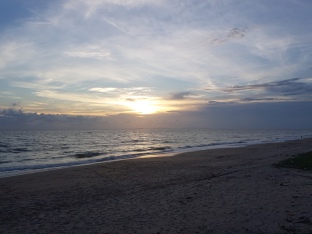 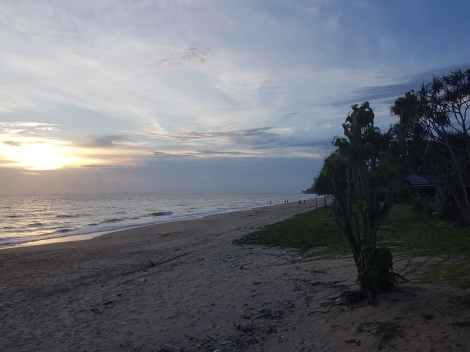 The next day we decided we would just hang around at the pool and enjoy our time with the others before we were due to leave them the following day. We wandered up the road and booked our boat tickets to Koh Samui and the others booked their trip to Phuket. We enjoyed our final day together and then went for dinner to a beach restaurant. I and James shared ribs and I must say it went down a treat. 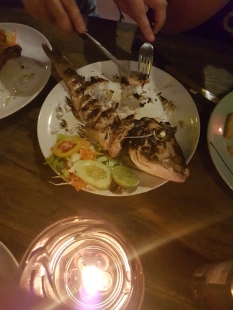 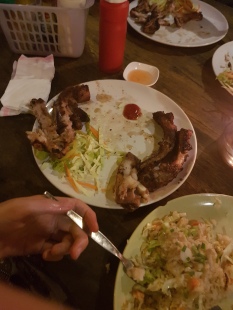 It was a relaxing evening but we were all so tired so we called it a night before our long day of travelling the next day. We weren’t looking forward to leaving our room, it was so comfortable. It was called The Klong Nin Beach Resort. We would definitely recommend staying there if you plan on visiting Koh Lanta!